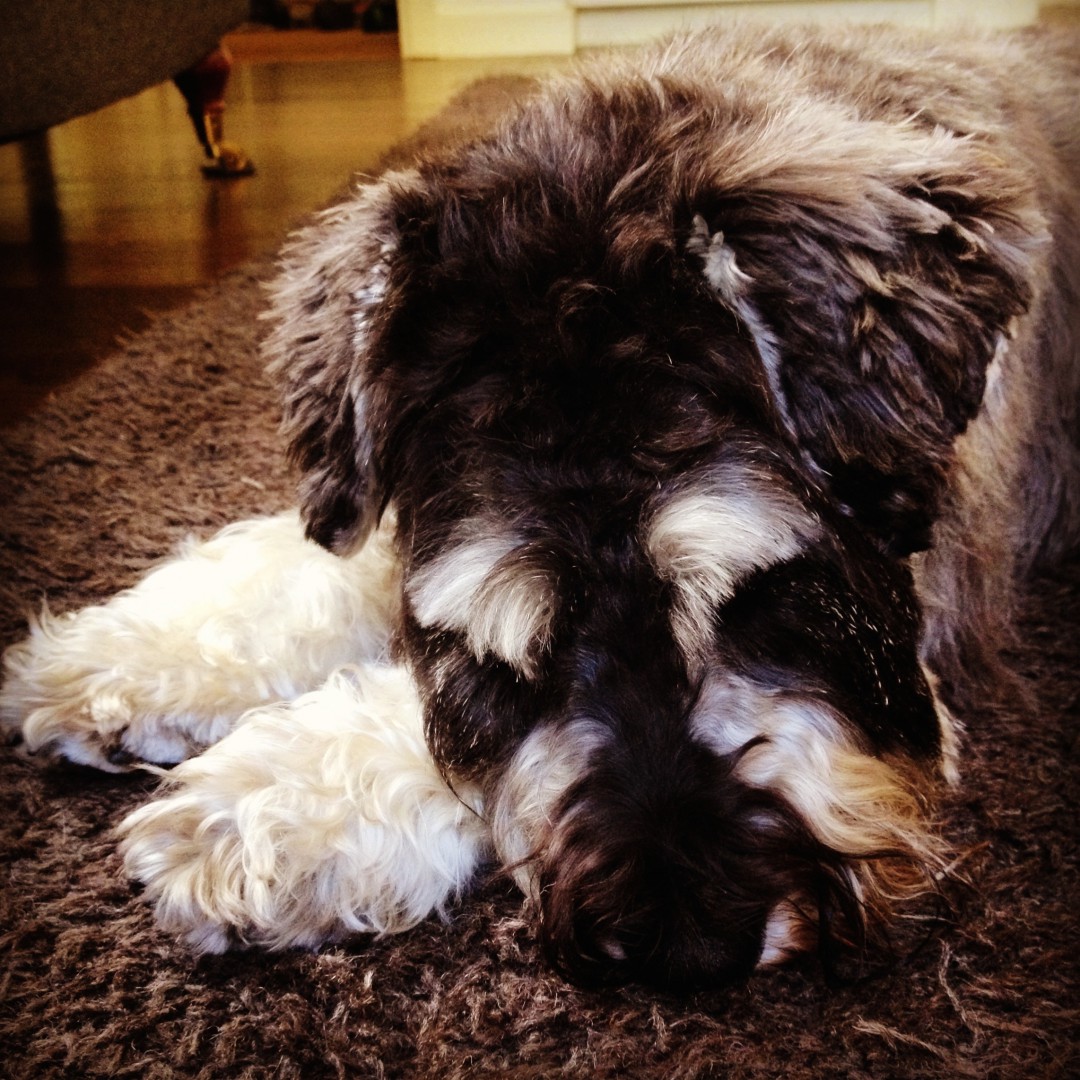 “Your puppy matches your décor,” laughed a visitor to our house not so long ago. “Did you plan it?” he asked.
The answer is no. But I can see why he asked. Teddy is a pepper and salt Miniature Schnauzer: he is many shades of grey, scattered through with white and flecks of cinnamon brown – just like most of the rooms in our house.
Honestly, we did not choose the dog to match the sofa (read Teddy’s Tales: What Kind of Dog? if you want to know the many sensible reasons why we chose a Miniature Schnauzer), although I admit that grey animals – Weimaraners, Italian Greyhounds, British Blue Shorthair cats, even the smudgy rat we saw in the garden last week – appeal to me. But so does anything in that achromatic neutral.
Teddy and I are in good company: grey is supposedly the shade of the decade. It’s the stuff of modern interiors (paint supplier Farrow & Ball currently offers ten tones of elephant/dove), and when it comes to kitchens, apparently white goods are so much more desirable in steely hues. Grey has always been considered blandly industrial but now industrial is sexy and we have Apple to thank for making computers fashionably desirable with their strokeable, silver-grey skins.
I first adopted grey when I worked at Vogue. It was a time when the contrasting concepts of grunge and minimalism jostled for space and grey was an essential component of both. Twenty-or-so years later and it’s still The Thing. Marl greys pay casual reference to sweatshirts and sportswear; layers of expensive grey cashmeres and slippery silks convey low-key fabulosity at a reassuringly lavish level; and the classic/sexy, very now yen for French Girl Chic would be nowhere without grey to break up all that heavily considered white and navy blue. The fashion permutations of grey are timeless and seemingly endless.
Growing up in London you may as well learn to love a grey sky. That bleakness is a thing of beauty: it’s the colour of shadow, it’s a natural foil to all things bright. Maybe that’s why it suits Teddy so well: he may be grey, but life with this Miniature Schnauzer is anything but. 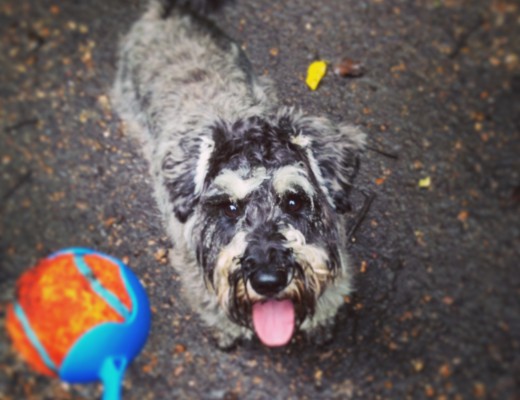 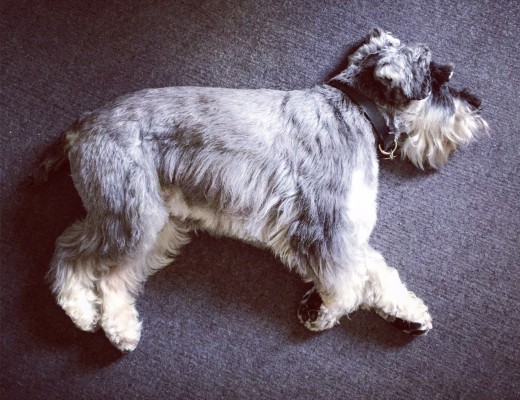