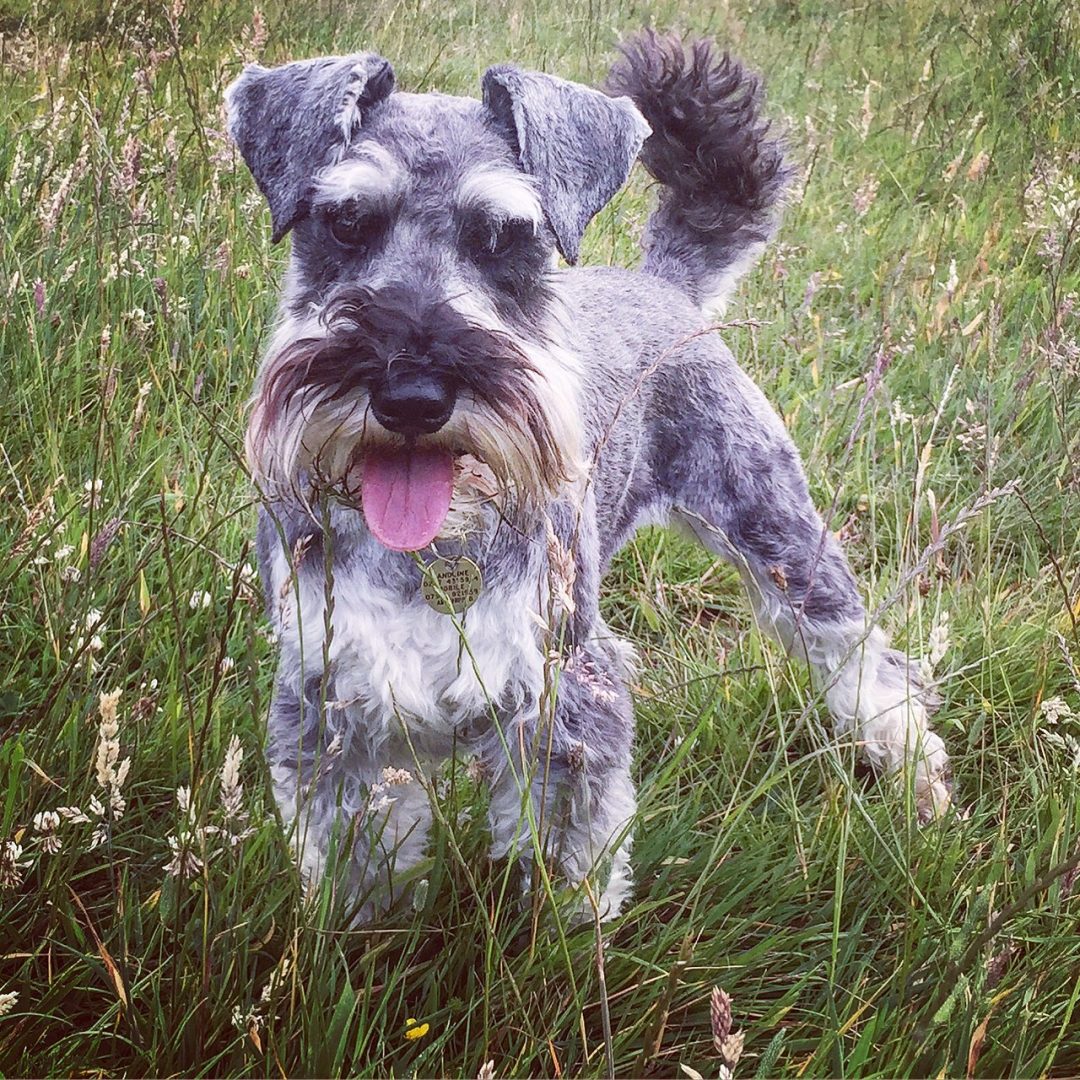 Twice recently, I have caught myself sounding like a one-woman Mini Schnauzer fan club. It’s not that I’ve been sprinkling pro-Schnauzer propaganda about where it’s not wanted: I’ve merely aired my views to those who have asked but still – is there something odd about loving one breed of dog above the rest?

Apparently not. I’ve done a straw pole among friends and, similarly, they know the names of all the local dogs that are the same breed as their own. Perhaps it’s only natural that you gravitate towards the familiar. It can be handy, too: it’s the way I found out about a Mini Schnauzer’s tendency to pancreatitis and so got Teddy straight to the vet when he suffered a nasty bout.

I’m sure it’s no coincidence that many of my interactions on social media are with Schnauzer lovers or owners of dogs who are terrier’ish in appeal. Wire Haired Dachshunds, Airdale Terriers, Scotties, Wire Fox Terriers – maybe it’s because I appreciate the grooming requirements and temperaments of these rufty-tufty dogs (there’s common ground) or perhaps it’s simply because a dog with a beard and a stiff-legged stance like a table makes me smile every time.

Probably, though, it’s just bias. Every dog owner – whether they have a pedigree breed or a cheery mix of a mutt – thinks theirs is the best. (Heck, I decided to build up a business – Tales of Teddy – around mine.) So, at the risk of once again sounding like chief cheerleader, here are just a few of the brilliant things about a Mini Schnauzer like Teddy:

He is big enough not to be labelled ‘handbag’ but small enough to be picked up.

He sheds very little hair (handy when you have allergies in the family or if you like to wear black).

He is intensely loyal and values his human family over everyone else.

He is an alert little watchdog who defends with a bark, not his teeth.

He can take a decent walk, but is happy with a mooch around the block.

He has brilliantly expressive, twitchy eyebrows.

He has a beard that makes him look like an old man or a hipster, depending on your whim.

He enjoys a game of catch and he does like a cuddle but is not obsessive about either which makes a great dog for a busy family.

I’m going to gloss over the grooming commitment (a traditional Mini Schnauzer cut requires a fair amount of brushing), the risks of fatty foods/pancreatitis (all pedigree dogs have their weaknesses) and the breed’s tendency towards what is kindly called ‘being vocal’ (thank heavens, Ted is not a yapper) and leave you with the fact that, in a recent survey, the Mini Schnauzer was rated ninth most popular dog in the UK. Only ninth? 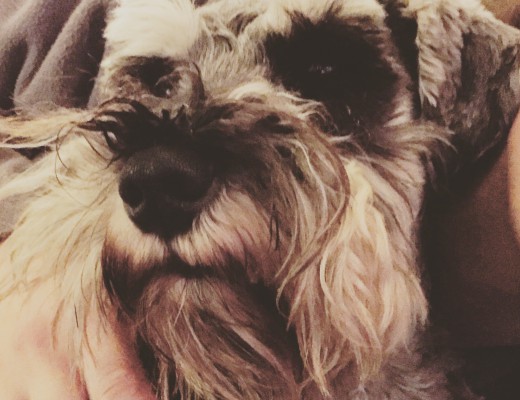 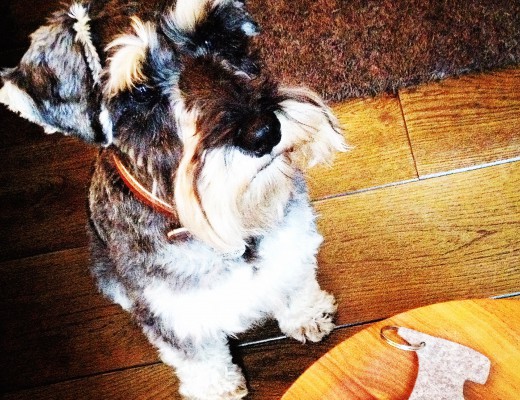 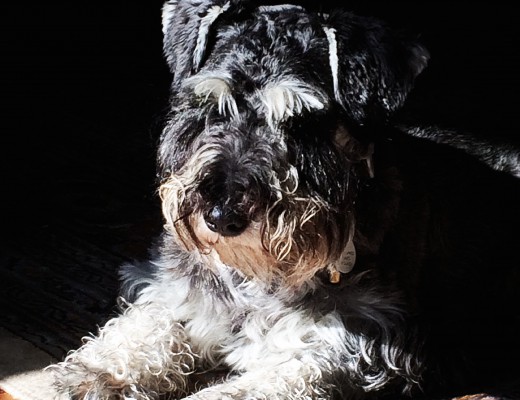