Teddy has had a 7-month summer and he’s not complaining. We started our New Zealand adventure in August, which means we got the best of a warm London before enjoying the steamy run up to Auckland’s summer which, they say, peaks in February.

Did Ted miss December in Hampstead: frosty ground, sharp air and dashing about on Hampstead Heath with a bit of light snow in his whiskers? Maybe. Does he miss those January mornings when it’s dark, wet and so chilly that he has to wear one of his despised jackets? Probably not, although lately he has refused his short afternoon stroll up and down the volcanoes of Auckland. The humidity has got to us all.

It’s been the hottest January recorded in New Zealand – 28 degrees today in Auckland plus 82% humidity. At times it feels positively soup-y but, when we’re almost ready to keel over, along comes a breeze that makes it manageable.

We’re all new to this super-charged heat, so we’ve had to get equipped. For the humans this means hats, SPF50 suncream (Kiwi sun awareness is such that I couldn’t actually find a lower SPF in the shops) and remembering not to rush.

As ever, for Ted, things are more involved. While I was picking up a cool mat for Teddy in the pet shop, I spotted suncream marketed for dogs. Should we be using it? “If your dog has a pale coloured nose or if your dog is constantly in the sun (if it’s a working dog or an outside dog) you need it,” said the helpful assistant. “My colleague uses it on her pale-coloured dog and he manages not to lick it off. It’s worked well for them.” Luckily Ted is not in the at-risk groups – I imagine that will be helped by the fact that we always, but always, seek out shade.

An ice cube tray is also on my shopping list as I read yesterday that the canine equivalent of an ice lolly is a cube of frozen chicken stock. Up to now he’s been chomping on cold carrots and chilly lettuce. Other measures we’ve taken to beat the heat: lunchtime walks have been delayed until later in the day when the sun is a little less fierce –  there’s a crazy amount of heat that rises from the black Tarmac. Ted has had his coat cut short and his belly shaved. We take a doggy water bottle when we go out and, while Teddy refuses to sit on the cool mat that I bought, he has decided to temporarily give up the sofa in favour of the cool tile floor.

In among all this, Ted has injured his cruciate ligament. It probably happened while chasing down a ball or flinging himself about on the beach (the vet says it’s an exceedingly common doggy injury). Over the past month he’s had anti-inflammatories, laser treatment and strictly no off-lead walks/runs. If there is a good time for this to happen, I suppose the height of summer is it. Although I sometimes catch him staring longingly at a ball, there’s no way he could muster up the energy to give chase in this muggy haze so wisely, he’s taken to cuddling his fluffy rat, instead. I think he knows it’s for the best. 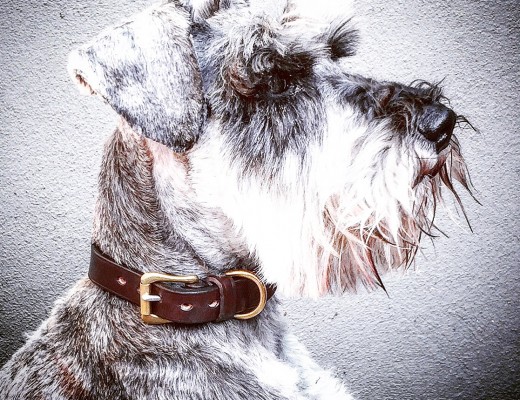 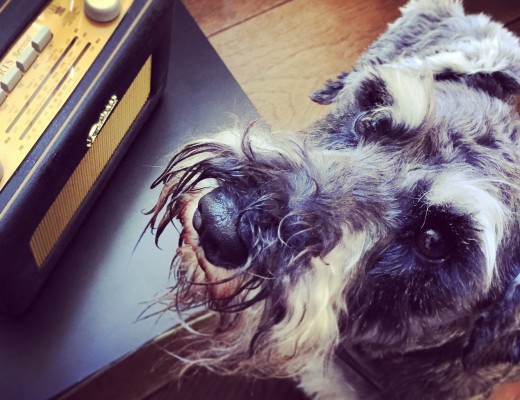